11 days
Our Voices, Our World;
Celebrating the UN International Day of Peace
by Eli Williamson-jones 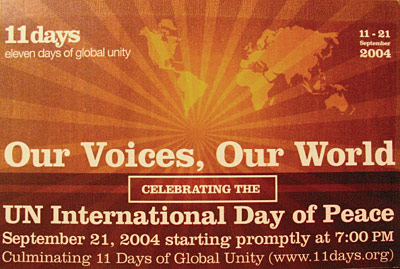 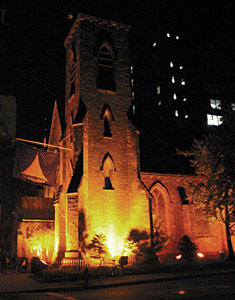 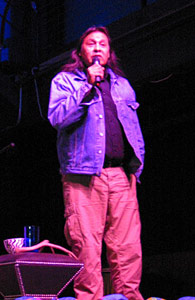 I arrived to the event early and settled down in the auditorium for an introduction by Tiokasin Ghosthorse, Host of First Voices on WBAI/Pacifica Radio. Tiokasin is a Lakota and reminded us that humanity must make decisions with the Earth in mind and not the Bank accounts. After Tiokasin, we had a moment of silence, the same practice observed at the beginning of all U.N. sessions. 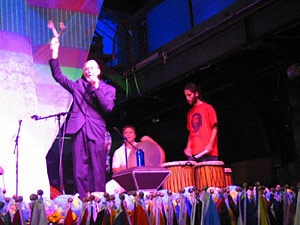 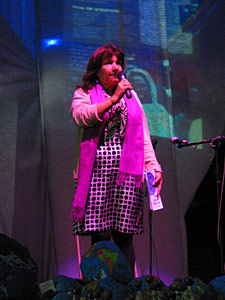 Susan Zipp was next with an Earth Charter Initiative breakdown. Adotei Akwei came after for Amnesty International. He began his talk to remind us that the U.N. was brought into being to prevent a third world war. Mr. Akwei also brought attention to the problems in Darfor, Sudan which he described as being hell on Earth. He then told us about the plight of the 1.4 million who have been displaced and the tragedy of the thousands already dead. 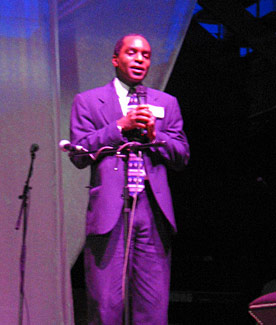 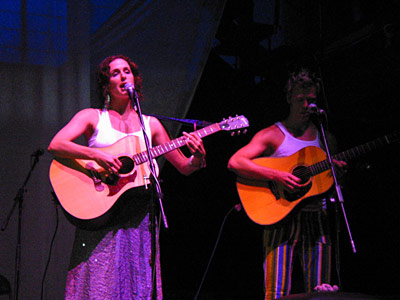 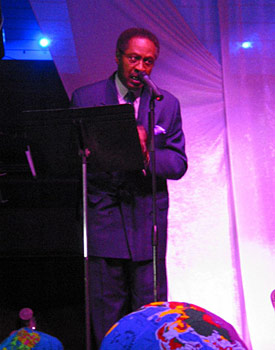 Clarence Jones came next and gave a very inspiring speech encouraging us to make change in the world by creating a new base of power. He reminded us all that power doesn't concede without a demand. Bringing our attention to the current administration, he demanded that they be accountable for the mishandling of Iraq's reconstruction. He left us all with a prophetic statement concerning the current militaristic trends we've been witnessing. "Institutionalized violence make peaceful change impossible but revolution inevitable." 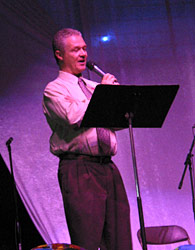 Tad Daley gave the next talk. He spoke about the new nuclear danger in the world and how the hypocrisy of world powers forbidding smaller nations from having nukes is simply driving their ambitions to acquire their own arsenals. He invited us to imagine that if current trends continue, a world of 20-25 nuclear weapon states is close on the horizon especially if doctrines of preemptive violence continue. Mr. Daley challenged us all to take the march towards a nuclear free world. 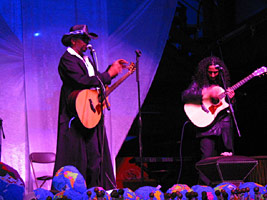 The band Blacksmith performed next and between the next speaker, it was announced that Spike Lee and Bruce Springstein phoned in to offer their support to the 11 days event. A woman named Mary got up to represent Achilles, the International War Veterans organization. 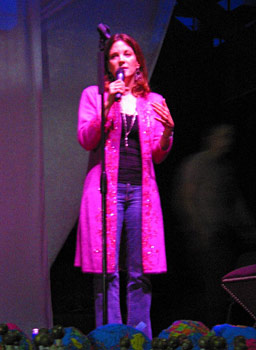 The next speaker was Marriane Williamson who gave an excellent speech. She began by challenging the audience to transform the world by rethinking it. She then called for a critical mass of people who stand and are committed to a world view based on love. Williamson then described what the kind of world we could live in if this became a reality. It would be a world in which children would one day ask their parents if it was true that war ever happened. Parents would then say, "yes, it used to exist, but it doesn't happen anymore." Williamson went on to say that you and I could someday say that we were there to make a difference and make this happen. Especially by making Dennis Kucinich's proposal for a department of peace possible and that if we became as sophisticated for waging peace as we were for fighting war, world peace would be inevitable.

The next speaker was Jane Goodall but unfortunately I couldn't stay for her presentation.

Overall, this beginning to the 11 days of global unity was informative and I was happy to attend while representing World Beyond Borders. 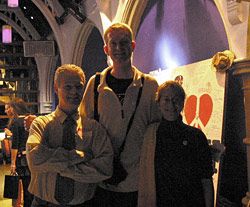